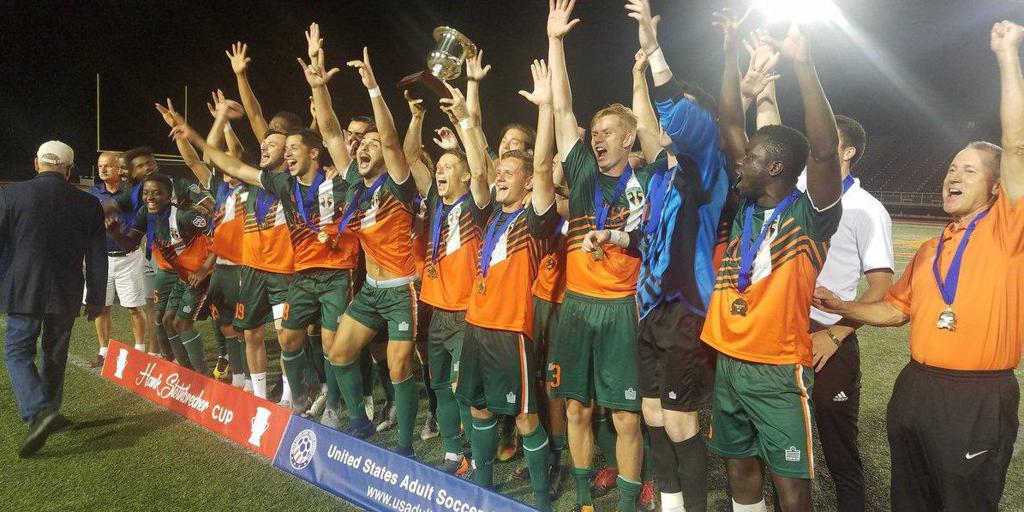 BRIDGEVIEW - The 2019 Hank Steinbrecher Cup will take place on Friday, May 31 and Saturday, June 1 at the Bavarian Soccer Complex in Glendale, WI. The tournament, now in its seventh year, is a competition between the US Adult Soccer Amateur Cup Champion, the National Premier Soccer League Champion, the USL League Two Champion and the reigning Steinbrecher Cup Champions.

Flint City Bucks is the new name for the reigning Champions Michigan Bucks. It’s an exciting time for the Champions as they move into their new adoptive city of Flint.

US Adult Soccer will host a draw to determine matchups on Friday, March 1 at 2:00pm CST, the draw will be made by US Men’s National Team player - Djordje Mihailovic.

Mihailovic who scored on his recent debut for the USMNT against Panama was a past winner of the Steinbrecher Cup when representing the Chicago Fire PDL Team in the 2016 Final.

More information will be available soon.