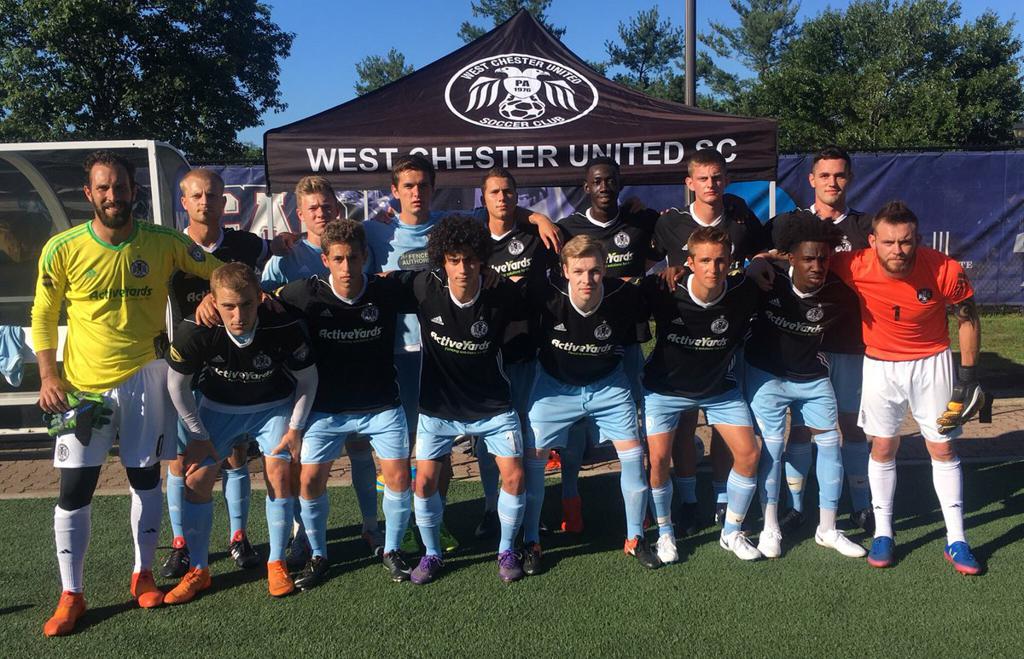 West Chester United Soccer Club launched in 1976 and the Elite Men’s and Women’s Major teams were added in 2009. The West Chester United SC Majors team has quickly emerged as one of the top clubs in Region I winning six State Cup (a combination of Amateur and Open) since 2012. In 2015, the club won the USASA Werner Fricker Cup. In 2016, WCUSC qualified for the Lamar Hunt U.S. Open Cup and played against the Harrisburg City Islanders of the USL in front of more than 3,000 Philadelphia area soccer fans. Another one of the club’s highlights including the opportunity to friendly against the Chilean National Team in 2016 ahead of the Chilean’s team participation in the Copa America Centenario.

WCUSC competes in one of the countries great elite historical leagues in the United Soccer League of Pennsylvania (USL of PA) where they have won three consecutive league championships. The Majors club also competes in the NPSL and the recently launched Region I league known as the Northeast Elite Soccer League. In the current US Soccer Seasonal year starting September 1, 2017 to the present, WCUSC is an amazing 37-0-5 (W-D-L) in all competitions. The club also fields competition U23, O30, and O40 teams.

Head coach/manager Blaise Santangelo has a distinguished playing and coaching career.  After playing collegiately at Elizabethtown he played in the USL of PA for the Ukrainian Nationals winning league, state, and regional titles. Along with support from the club and Karl Zandi he has built the WCUSC Elite Men’s and Women’s Programs into one of the top amateur programs in the country. Blaise had this to say, “it is very humbling to do something like this and to actually put this on paper.  What you must know about me is thatI love this game and I love the people in it.  One of the greatest things that I enjoy the most is using this game in our community to help raise money for charity.  Each year our program has raised money for Starfinder Foundation, CTC10 Foundation, and over the last two years have used the game to help Newtown Youth and Family Services in Newtown, CT where we raised money to help children and first responders still in need due to the Sandy Hook Elementary tragedy in Connecticut. We have so much more to achieve out here at WCUSC in the coming years!  We have built one of the top 10 Amateur programs in the country!  My goal is to help young men in their career goals as young businessmen. Or for those who want to move on in the game, to become professional players by creating a Pathway to the Pros"