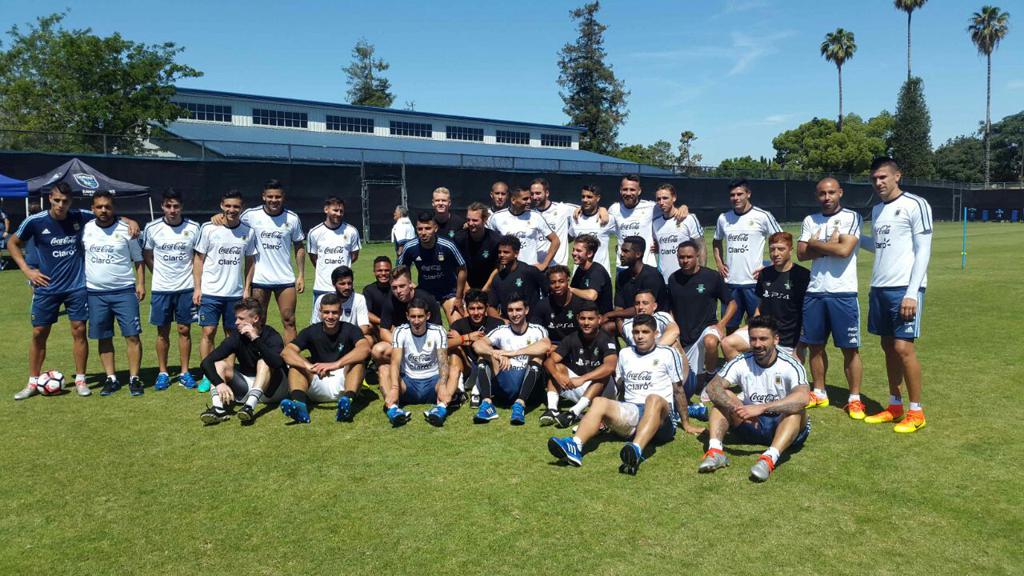 Burlingame Dragons FC had the once-in-a-lifetime opportunity to train with the Argentina national team for the past few days.

Argentina, currently competing in the Copa America Centenario, had been preparing for their first group stage game against Chile on Monday – which Argentina won with a 2-1 result at Levi's Stadium in Santa Clara, California. On Tuesday, the Dragons and Argentina capped off their time together with an 11-v-11 scrimmage, which included reserves, such as Sergio Aguero, and players who did not appear for the South American nation in their first group game.

"For the boys, just to be able to see those level of players and their commitment to their craft and the way they train day in, day out, their preparation for a major tournament, their speed of play, their technical ability, their focus, their competitiveness, all of those intangibles. Just to see that firsthand, it was a wonderful learning experience for the guys," Dragons Head Coach Eric Bucchere said.

Irvin Somera and Daniel Musovski were the Dragons who joined the nine Argentines on one team to play many of the Dragons' starters. Jamael Cox, who has enjoyed a strong start to the 2016 PDL regular season, scored in the scrimmage.

The Dragons have a 3-3-1 record five weeks into the regular season, and their next match will be against San Francisco City FC at 10 p.m. ET from Burlingame High School on Friday.

Article by By AARON CRANFORD - aaron.cranford@uslsoccer.com