CSAN Men’s State Cup: The California State Cup is one of the oldest competition in American soccer. The California Soccer Association–North will be hosting a three-day tournament during the Labor Day September 5-7, weekend with up to 48 teams playing in a knock-out round competition. And for the first time in this tournament, leagues from USL, PDL, NPSL, US Club to semi-professional teams throughout northern California are invited to compete in the State Cup which began in 1904. After the preliminary rounds, team will be designated into two brackets for the Senior and Junior Cup. The Senior bracket winner will represent California-north and play against the State Cup champions of California-south in Los Angeles.  Deadline to register is August 15, 2015. Contact CSAN office at (415) 467-1881 or toll free at 1-866-404-2726, for more information. 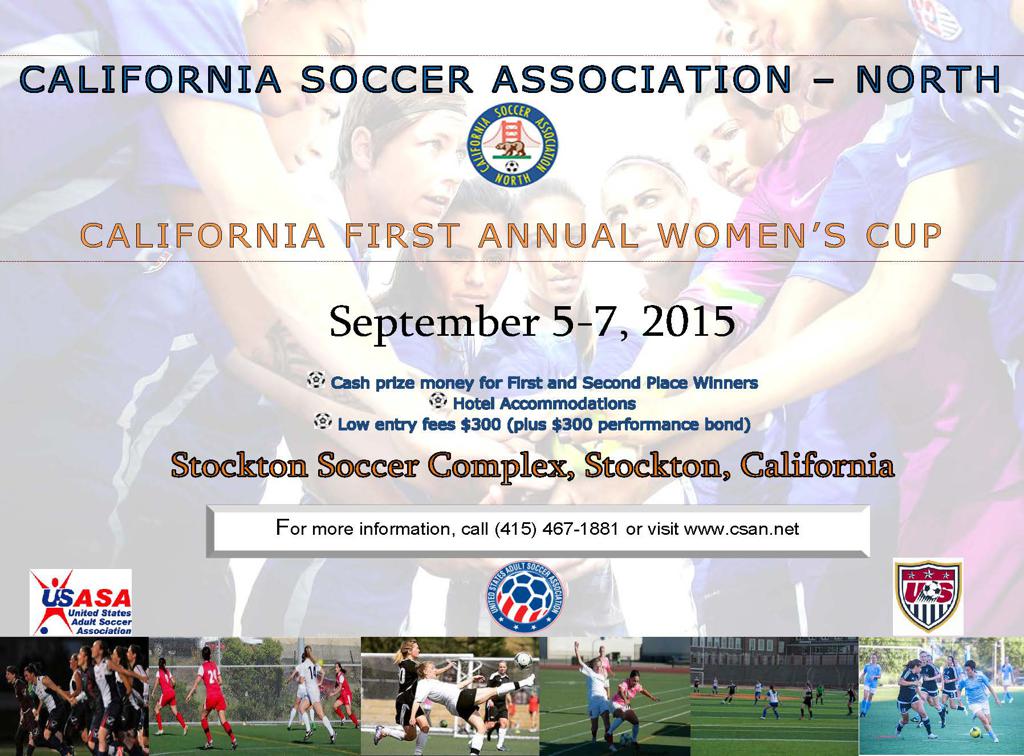 CSAN Women’s Cup: California Soccer Association-North is proud to present the First Women’s Cup tournament to be held during the Labor Day, September 5-7, weekend. Teams from WPSL to CSAN affiliated leagues will be promoting the #SheBelieves spirit and awareness campaign for women in sports while competing for the CSAN Women’s Crown. This tournament will be the first of its kind. Deadline to register is August 15, 2015. Contact CSAN office at (415) 467-1881 or toll free at 1-866-404-2726, for more information.