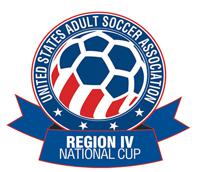 The Olympic Club, of CSA-North, won the USSF Men’s Amateur regional title with a 2-0 victory over Santa Clara Sporting, also from CSA-North, in a tough, fast paced, well played game.

Chula Vista, of Cal South, kept their hopes for a national title in the USSF Men’s Open Cup alive as they overtook Suki’s FC, from Oregon in a close 2-1 victory.

This year’s playoffs were hosted by CSA-North at the Davis Legacy Youth Soccer League Complex in Davis California. The fields were in excellent condition, well maintained and of match quality and size.  All the participants complimented the complex managers on the quality of the site.  Clear skies, warm weather, (an average of 80 degrees daily), and good competition made for an excellent tournament.

Most of the teams also complemented the referee crew on their performances, even in the final two games where everything was on the line.  Eric Beck and his crew did an outstanding job.  The assessors also played an important part in evaluating the performances of all the referees throughout the three days.

Here are the results of the games in both cups:

60 CAUTIONS WERE GIVEN, 3 RED CARDS

I must thank several people whose help made this experience so much more pleasant and easier for me.  First Eric Beck and the crew of referees he brought in to officiate these games,  Duncan Way and the assessor crew whose counsel and direction was seen on the fields, all the referees who participated, Leo Shoomiloff the CSA-N Cups Commissioner and Luis Flores and Juan Carlos Zaldana, both members of the CSA-N Executive Committee and Mark Torgusen and the staff of the Davis Youth Soccer League Soccer Complex whose organization and attention to our every need made this tournament go so well.

I would like to thank this years Region IV Cup Commissioner, Ric Olivas, for not only hosting a fine event but also assuming all the administrative and logistical duties of the event.  A Job Well Done!