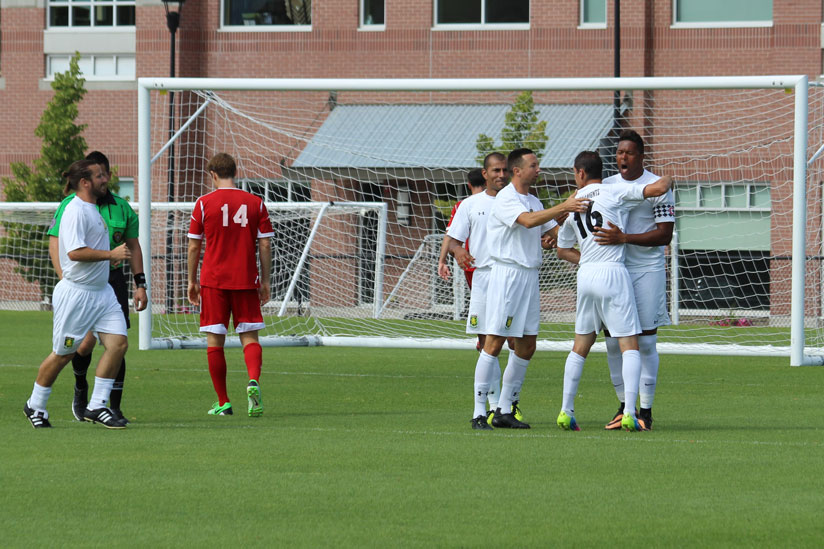 The results of this year’s National Cup Finals in Salt Lake City held little surprise for Tony Falcone, Region I Deputy Director. Falcone, who often introduces his region as, “Region I, number one in your hearts and number one on the field,” finally has some evidence to back it up.

The impressive performance began in the semifinals. Christos met Triad United FC of North Carolina in the Over 30 division. Lucio Gonzaga scored in the first half and Ben Pardew put one away in the second to give Christos a 2:0 shutout. The Bays semifinal opponent also was a Carolina side, Triangle Brigade FC, who they defeated 4:1 on goals from Glenn Leitch, Danny Baxter, Nino Mangione and Elton Joe. NY Greek American paired up with a solid Legends FC squad out of North Texas and held on to advance with a 1:0 win after a goal in the closing minutes of the first half by Keith Detelj.

Christos' challenger in the Over 30 final was Olympic Club of California North (Region IV) who advanced from the semis on penalties after a 1:1 draw against RWB Adria of Illinois (Region II).  Val Teixeira got Christos off to a quick start converting a pass from Zach Flores in the third minute. It turned out the be the match winner as Christos held off Olympic for the narrow shutout. Christos retains the Gerhard Mengel Cup in Maryland for the third straight year.

The Bays went into the Open Cup final against Des Moines Menace of Iowa (Region II), semifinal winner over Chula Vista FC of Southern California (Region IV). They too put in a quick strike with Joe hitting the net in the 11th minute for his second goal of the weekend. Baxter also tallied his second goal of the weekend in the 61st minute to give the Bays a 2:0 lead. Bryan Moffa added the insurance goal in the 66th minute to make it 3:0 and secure the Werner Fricker Cup.

The Greek Americans met Guadalajara SC of Colorado in the Amateur final, which proved to be the match of the weekend. After an uneventful first half, Tyler Botte broke the stalemate in the 60th minute giving the Greeks a 1:0 lead. Josh Trott and Adriano Gabriele added back-to-back goals in the 82nd and 83rd minutes. Down 3:0 with under 10 minutes remaining, Guadalajara SC showed incredible resiliency and heart. Oscar Trevizo erased the shutout in the 87th minute followed by Jesus Ramirez in the 90th. Stephen Roche of NY Greek Americans put an end to Guadalajara’s brief comeback scoring a goal of his own in the 90th. It was the fifth goal in a span of about 10 minutes and gave the Greek Americans a 4:2 win.

Photos from the National Cup Finals in Salt Lake City