When a winner takes home a grand from Vegas, most people think of slot machines or Blackjack, not the Las Vegas Silver Mug International Soccer Tournament and Festival.

In the first game, Guadalajara defeated the Nevada Devils 4-0. Later that afternoon, they tied Portugal Vigor 2-2, another local Nevada team with four professional indoor players. Portugal Vigor scored the first two goals of the game, but Guadalajara tallied twice in the final 10 minutes to equalize.

On Monday morning, the championship featured a rematch between Portugal Vigor and Guadalajara. The 7v7 field sat near the center of the complex where a crowd gathered for the game. Local fans came with hopes of a Vigor victory, but the famous rojiblanco jerseys attracted other fans who favored Chivas, chanting throughout the game.

In the second half, Guadalajara scored two more to win 5-1. In five games, Guadalajara tallied 31 goals and allowed three.

Games included two 25-minute halves on the 7v7 field (approximately 120 feet long and 75 feet wide with indoor-sized goals). Instead of having an offsides rule, goalkeepers were not allowed to pass the ball beyond the midfield line.

The 7v7 open competition was one of 10 divisions for men, women, and coed teams at the Star Nursery and Silver Bowl Complex. Golden Star La Maquina won the men's open 11v11 division and left Vegas with the biggest bag of cash. Like Guadalajara Soccer Club of Denver, they plan to return for another roll of the dice in 2015. 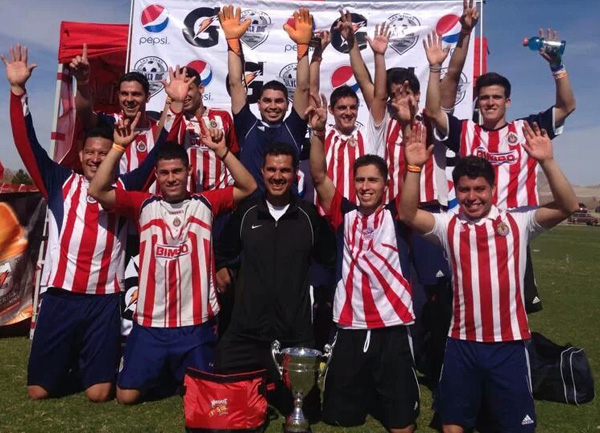 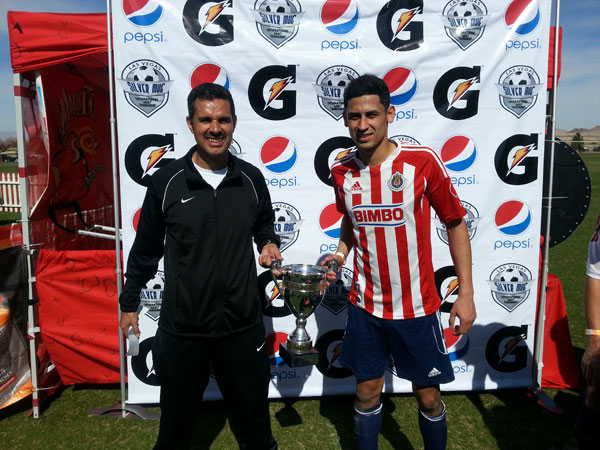