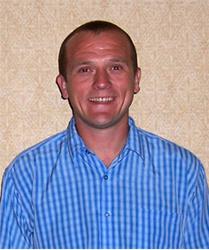 Adrian Parrish of Lexington, KY, is the new Region II representative for the USASA Coaching Committee. The appointment was made official on March 8 by Region II Director Bruno Trapikas. This selection is through the 2010-2011 calendar year, and is effective immediately; until March 31, 2011, or until successors are named.

Adrian was also named USASA Region II Coach of the Year at the USASA Midyear Meeting in October 2009. Upon arriving to the U.S. from England near the turn of the century, he spent several years on the East Coast sharpening his coaching skills, prior to coming to Lexington, KY, in 2005, where he has been driving a force in helping to transform soccer in Kentucky over the last four years. Parrish has held a USSF “A” License since 2004, and is currently completing his UEFA “A” as well.

As Director of Coaching for the Kentucky Youth Soccer Association, Adrian runs the State Olympic Development Program, assists the USSF in holding “C” License Courses, and designs and writes coaching curriculums. Endowed with a patience, drive, and avid passion for the game, Parrish soon became Head Coach of the Kentucky Wanderers’ Women’s and Men’s Soccer Teams, leading the Men to a first place finish in league play, a State Cup Championship, and semifinal and final appearances in successive years at the USASA National Cups Region II Finals in Men’s Amateur Cup play.  This year, his Women’s squad won Kentucky’s Tournament of Champions, and also reached the Regional Finals in the Women’s Cup – another first for the Bluegrass State.

Mr. Parrish targets growth of the adult game by seeking out and keeping young adults who have played in ODP in soccer out of and beyond college. He has also obtained sponsorships which have resulted in helping players acquire summer jobs and has been instrumental in developing the transition from youth to adult play.