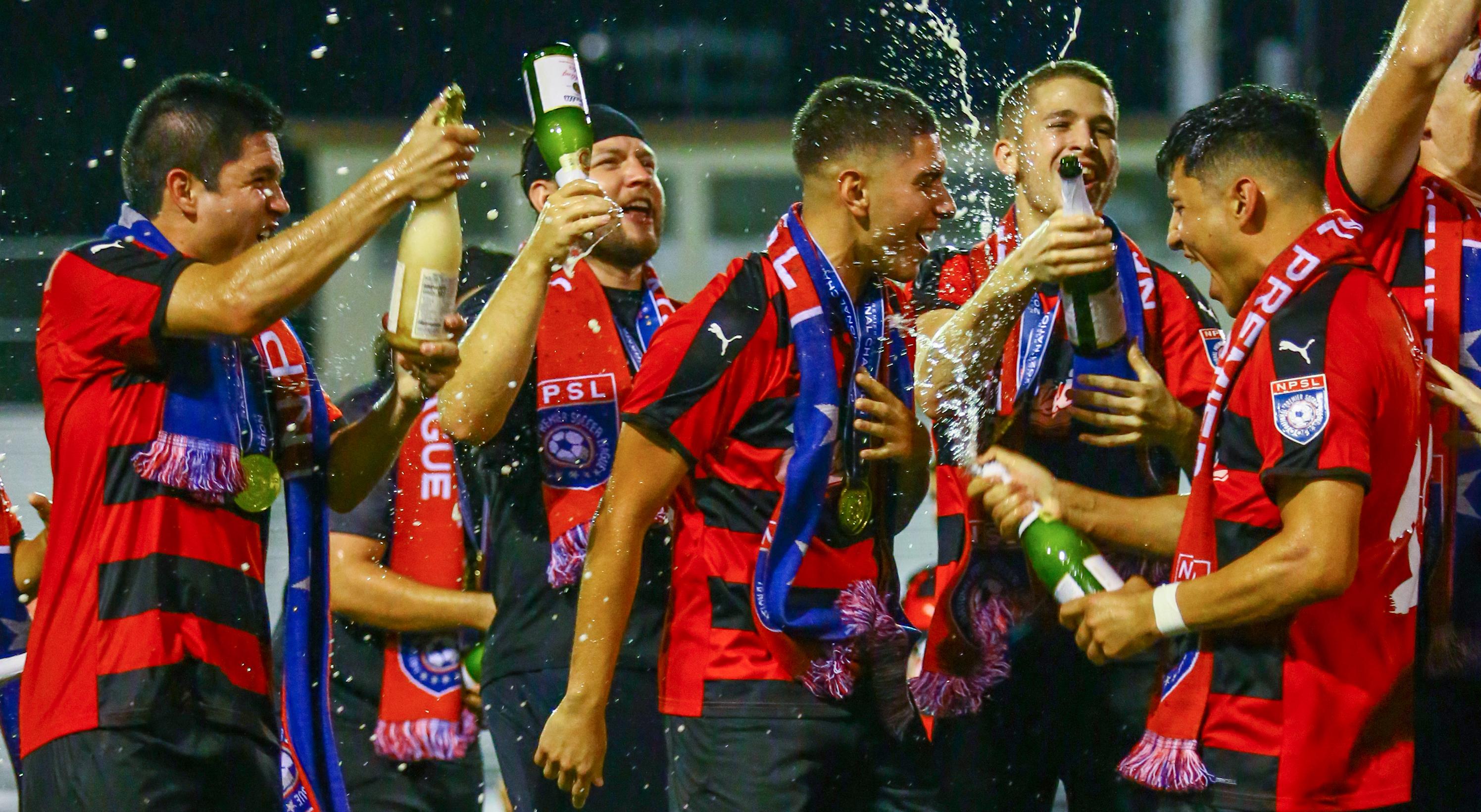 Denton Diablos FC is looking forward to another opportunity to earn another national championship.  The 2021 NPSL National Champions are excited about the opportunity to play in USASA’s tournament of champions, better known as the Hank Steinbrecher Cup.

Denton is led by a dynamic duo of young stars in Carlos Flores and Brayan Padilla.

Flores, a center midfielder from Midwestern State, serves as the team’s captain.  The Arlington, Texas native was a standout at MSU, collecting a plethora of awards including D2CCA All-Region, United Soccer Coaches All-Region, All-Lone Star Conference, All-Heartland Conference,  Heartland Conference Freshman of the Year, Lone Star Conference Player of the Week, and LSC All-Tournament Team honors.  Flores made 88 starts from 2017-2021, tallying 22 goals and 29 assists in over 7,000 minutes played.

Flores was a big reason why Denton won a league title in 2021.  His leadership and stellar play helped Denton through a successful regular season, an incredible run through the playoffs, and eventually a 5-2 win over Tulsa Athletic in the national championship match.

Flores is also likely to have a major impact in the Steinbrecher Cup, and the entire Diablos organization is looking forward to the competition.

“I think the expectations are big,” Flores said. “Coming back for another year after winning a national championship, we set the bar a little higher.  So we expect to go out there and play our best and win it all.  It's going to be a great challenge, a great experience.  We're all very excited because obviously a lot of people don't get to have this type of opportunity.  We just have to make the most of it and hopefully get things done.”

The Diablos will be facing off against teams that they are not familiar with and have never played.

“We've been looking at some videos because we're really not that familiar with them, especially since they’re from a different league,” Flores added. “They're going to be tough.  We know it's going to be a tough tournament, but at the end of the day we just have to worry about ourselves and take care of our business.”

Padilla comes from the University of Maryland, one of the most prestigious and successful college soccer programs in the country.  The former FC Dallas Academy standout made 43 appearances (22 starts) for the Terps from 2018-2021, logging over 1,900 minutes played.  His game-winning goal against the University of Virginia on September 6, 2021 was featured as one of the SportsCenter Top Ten Plays on ESPN.

While Padilla is a new addition to the Denton Diablos squad, the El Paso, TX native is leading the team in goals.  He was quick to point out the positive influence that the Diablos have had on his development as a player.

“Ramon and the whole staff is great,” Padilla noted. “I think it's been a month or two since I've been with him.  I've learned a lot from him, especially with his experience of coaching Mexican national teams.  I have really, really enjoyed working with him and just learning a little bit of what he can teach me.”

Padilla feels that his vision and finishing are the biggest parts of his game.  Both will be called upon this weekend as his team faces some elite competition.

“I think it goes back to focusing on the team and where we need to improve and be ready for it,” Padilla commented. “I think this is early in the season for us.  The main thing to work on is to see what's lacking and what's working for us so just focusing on us.  I think this will be a good experience for the team, especially since it will give us a few more games to play.  And it'll give us a little bit of an advantage when we come back to keep playing in the NPSL.”

Playing in the NPSL’s Lone Star Conference has helped Denton prepare for a grueling weekend of matches in the Steinbrecher Cup.

“There's some quality teams there,” Padilla continued. “We had two matches against Irving FC, and they played really well.  We just lost to the San Antonio Corinthians last week.  I really like the level, especially being on break from college.  I think it's a great way to stay in shape and to level up my game.  The teams in the league are really good.”

Padilla has high expectations for his team in the Steinbrecher Cup.

“We are going with the same mentality to go out and win it all,” Padilla concluded. “All of the team is working really hard.  I think we have a good chance.  We have a good group of guys, and we're going for it all.”