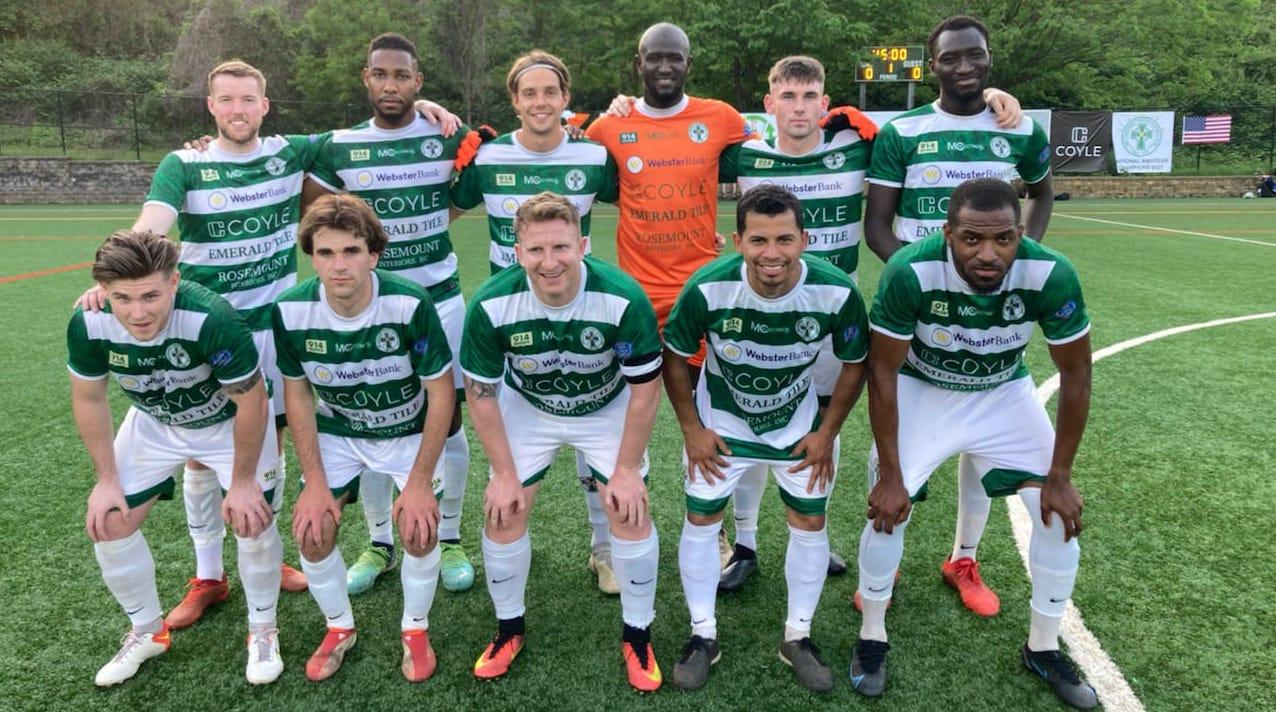 Denton Diablos FC, the reigning NPSL National Champions, will face off against USASA National Cup Champion Lansdowne Yonkers FC on Friday in the first match of the 2022 Hank Steinbrecher Cup.

Lansdowne Yonkers FC is one of the most storied clubs in all of amateur soccer thanks to success at every level of the game.  The New York club was crowned National Amateur Champions in 2017 and 2021 and National Fricker Cup Champions in 2017, 2019, and 2021.  Lansdowne Yonkers FC appeared in the U.S. Open Cup three times, experiencing success against amateur and professional teams alike.

Lansdowne Yonkers FC happens to be one of the oldest and most established clubs in the competition.  They were formed in 1997 as Bronx Bhoys FC and later Lansdowne Bhoys FC with the mission of furthering the role of soccer in the lives of Irish emigrants living in the Bronx and Yonkers.  That mission has clearly been accomplished as the club has grown to 500 players and more than 20 youth teams.  Those teams have made an impression in Europe, traveling to major tournaments in Ireland and Scotland.  The most notable among them is the Foyle Cup, widely regarded as Europe’s premier youth soccer tournament.  The club’s two adult teams compete in the Cosmopolitan League and Eastern Premier Soccer League (EPSL).

Traveling hundreds of miles to a major competition has become commonplace for Lansdowne Yonkers FC.

“We've probably taken 20 trips on a plane over the past few years,” Lansdowne Yonkers FC President William McGrory said. “So we can have it down to a fine art.  The way it works is if we can get 99% of them at the airport on time and on the plane, we're doing very well.”

The club’s tradition of excellence and success has brought about high expectations for this year’s Steinbrecher Cup.

"We are going into this tournament with full ambitions of winning,” Lansdowne Yonkers FC head coach Sean Kelly said.  “We fly out today, and we want to get the business done and add more silverware to our cabinet.  Would like to thank the board for constantly supporting us in every way possible.  Taking things one game at a time, we will be fully prepared for our upcoming challenge."

“Obviously the club's excited,” McGrory added. “It's always nice to participate in the national competitions.  It's good exposure. Expectation wise, it's been a stop and start season for us in comparison to most seasons.  A few key injuries have sort of set us back a bit, but we'll still be bringing as strong a squad as possible.”

Bala leads the defense from his center back position, while Kabo is an experienced and talented goalkeeper.

“He's a big presence in goal and is good for saving us a goal a game,” McGrory said of Kabo.

Mullings, who doubles as the club’s Youth Director of Coaching, spent the first part of his career overseas.  He played at a high level in England, spending time with over a dozen teams, including Havant and Waterlooville, Maidstone United, Chelmsford City, and Aldershot Town.

“That’s where I enjoyed a lot of football, and it taught me how to be a man coming from Southend United,” Mullings said. “Going from a scholarship to playing men’s was a complete difference.  From academy football to first team football, there's a big difference.  It goes from learning and enjoying to you must win every game.  So I learned that quite young.  And I try to bring that experience to the boys here, although the majority of our team have played professionally somewhere.”

Mullings’ world-class experience is a huge asset to the Lansdowne squad as they prepare to play for yet another national title.  He has played in plenty of big games, and he knows exactly what to do.

Mullings has made quite an impact on and off the field during his first year with the club, and this weekend he will be a huge part of adding more hardware to the already crowded trophy case at Lansdowne Yonkers FC.