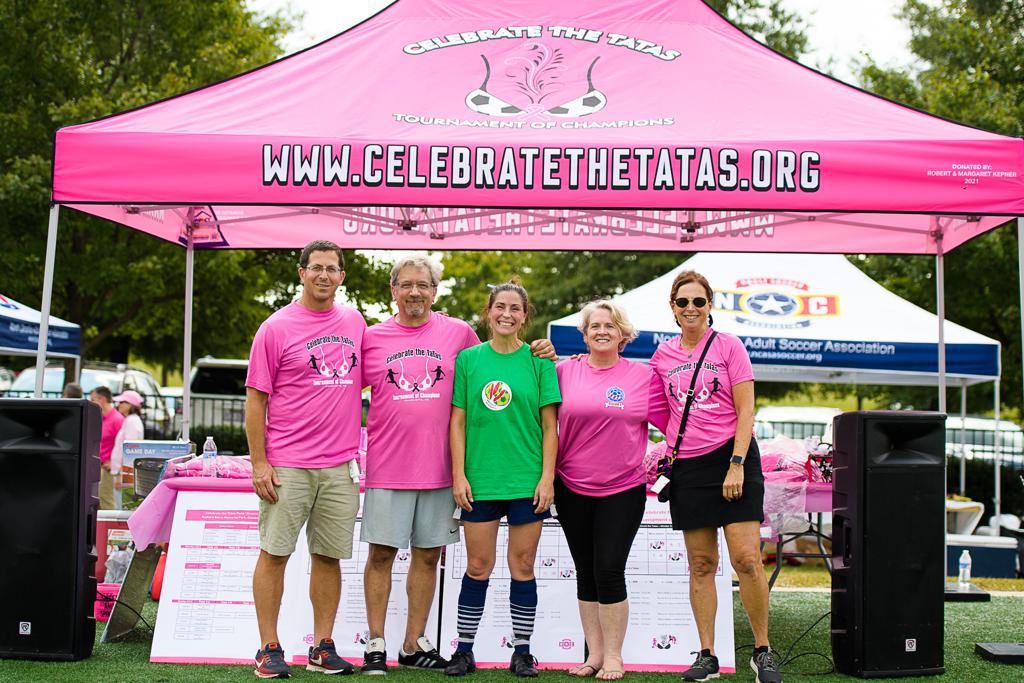 9 years ago, while I was running USASA Region III U-23 Men's National Cup Qualifying in Murfreesboro TN, I met Talia Goldman.

I responded that this was an adult tournament and I interact with the coaches, state reps or team managers. If she had questions she would need to ask the coach.

That didn't sit well with Talia and we had a spirited conversation. Later, we ran into one another at the hotel and struck up a more friendly conversation. She revealed that she was a fund raiser for Breast Cancer research through an organization called Hadassah.

On the drive home (9 hours) I had a lot of time to think. This was a time when NCASA was ramping up our efforts to engage our women athletes. The idea to hold a women's soccer tournament and tie it to a cause women would get behind just seemed like a great idea. I called NCASA's Women's Commissioner, Alexandra Vidaurri and ran the idea by her, then called Talia and did the same and we all LOVED the concept.

Soon after I spoke with Bob Kepner, the NCASA President at the time. Bob thought the idea was brilliant so he took it to the board and the NCASA board fully endorsed moving forward. The trio of Talia Goldman, Alex Vidaurri and myself cultivated this idea into what it has become.

After building the budget, the event didn't even look self-sufficient, much less being able to donate money toward the cause. So we reached out to USASA and applied for a grant to assist with the operational costs around the event. USASA granted our Celebrate the Tatas two years in a row which helped us establish the event and attract more teams and interests.

The event grew. We established more ways of raising money around the tournament. Not only could the teams win the tournament in a very traditional soccer manner but we also added a more significant trophy to pursue and that is the Big Pink Bra Award! The Big Pink Bra Award is literally a huge, lacy Pink Bra mounted on a plaque acknowledging the team that raises the most money.

The next big step for the Celebrate the Tatas was adding our Saturday night dinner/party/raffle event. We would find a local restaurant to host the tournament dinner (players paid for their dinner and drinks), and the restaurant would donate 10% of gross receipts. Talia Goldman would gather items to raffle. Gifts would range  from a day spa certificate, jewelry, bath robes, to gift cards, soccer apparel, cooking lessons and autographed books, just to name a few. The ladies had a great time, the dinner brought all of us together in the middle of a tournament and the raffle typically raises over a grand each year.

Teams were registering with team names like Cleats and Cleavage, Boo Bee Ballers, Hakuna Ma Tatas, Treasured Chests, Rack Attack, Breast Friends United and others. Along with the wild names, teams came with uniforms to reflect the team's spirit, like bra sizes for their jersey numbers, or jerseys painted with hand prints on their chest, or the team Treasured Chest playing with a Pirate theme including sewn parrots on their shoulders.

The event had taken on a life of its own. Celebrate the Tatas Tournament of Champions had become a celebration of play and giving, not to mention a lot of fun.

Restaurants and health food grocers wanted to donate food instead of making a financial donation. So we began to feed the players breakfast, snacks, and lunch. Between the grocers and the restaurants, we were providing, water, energy bars, fruit, bagels, pasta, salads, sandwiches and more.

Hospitals got involved and donated trainers. At lunchtime, we would have health advocacy speakers, doctors and local health directors speak to the tournament. We invited a mobile mammogram unit out and health vendors wanted to set up booths.

2021 we had more registered teams than previous years with a large competitive division and added a recreational division.

This past year we had multiple health professionals setting up booths. Dr. Matt Locker spoke on the importance of mammograms and early detection during lunch.

NCASA held the event October 2-3, 2021 right outside of Charlotte, North Carolina in Huntersville. We enjoyed great weather, fantastic games and had a load of Fun! But most importantly, we raised over $40,000. All proceeds were divided between two hospitals; the Levine Cancer Institute and Novant Health Cancer Center for UNINSURED and UNDER-INSURED women to have access to free mammograms.

Over the years, this event has become my favorite.  First, I'm honored to work with two of the most energetic, determined and motivated teammates I could ever ask for, Talia and Alex. Each person on this team knows their part and gets the job done! We have become a well oiled machine.

But most importantly, I feel that there is no bigger reward in life than to work for the game that you love AND have the game give back to the community in such a meaningful manner.  We all know the power of sports has in peoples lives both mentally and physically and how it brings people together in the spirit of competition. Through Celebrate the Tatas, we now have the opportunity for the game of soccer to give to the community on a bigger level, one that can actually save lives.

More info and photos can be found here 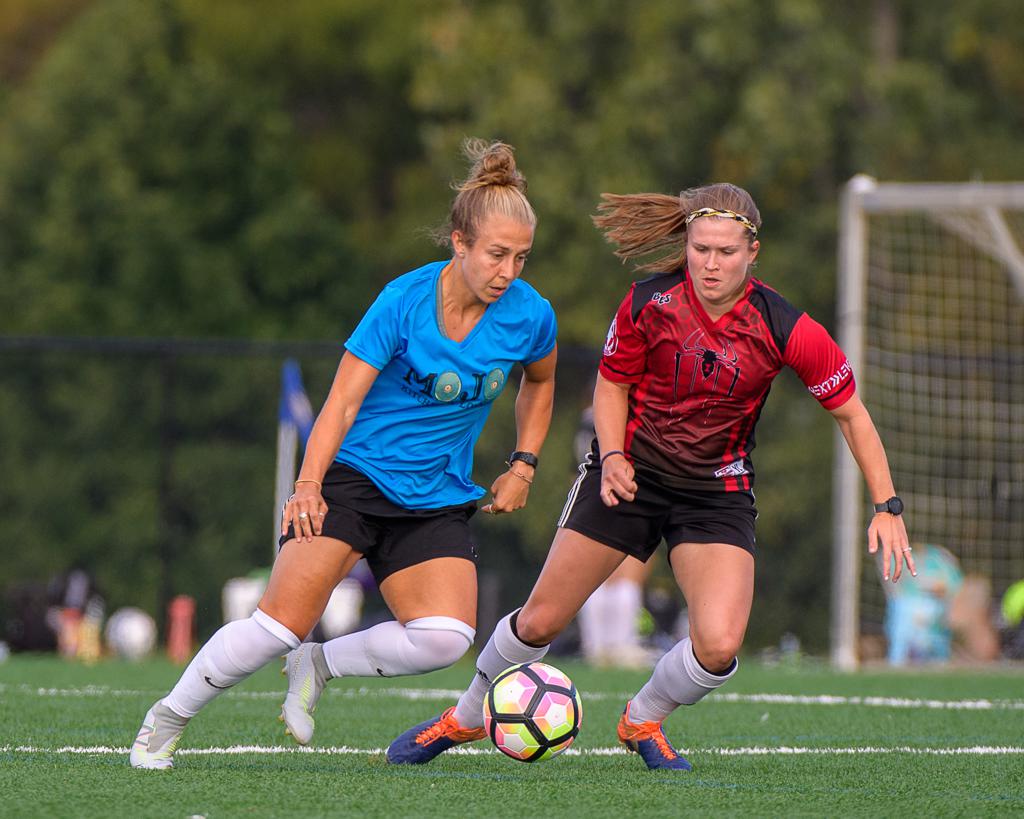 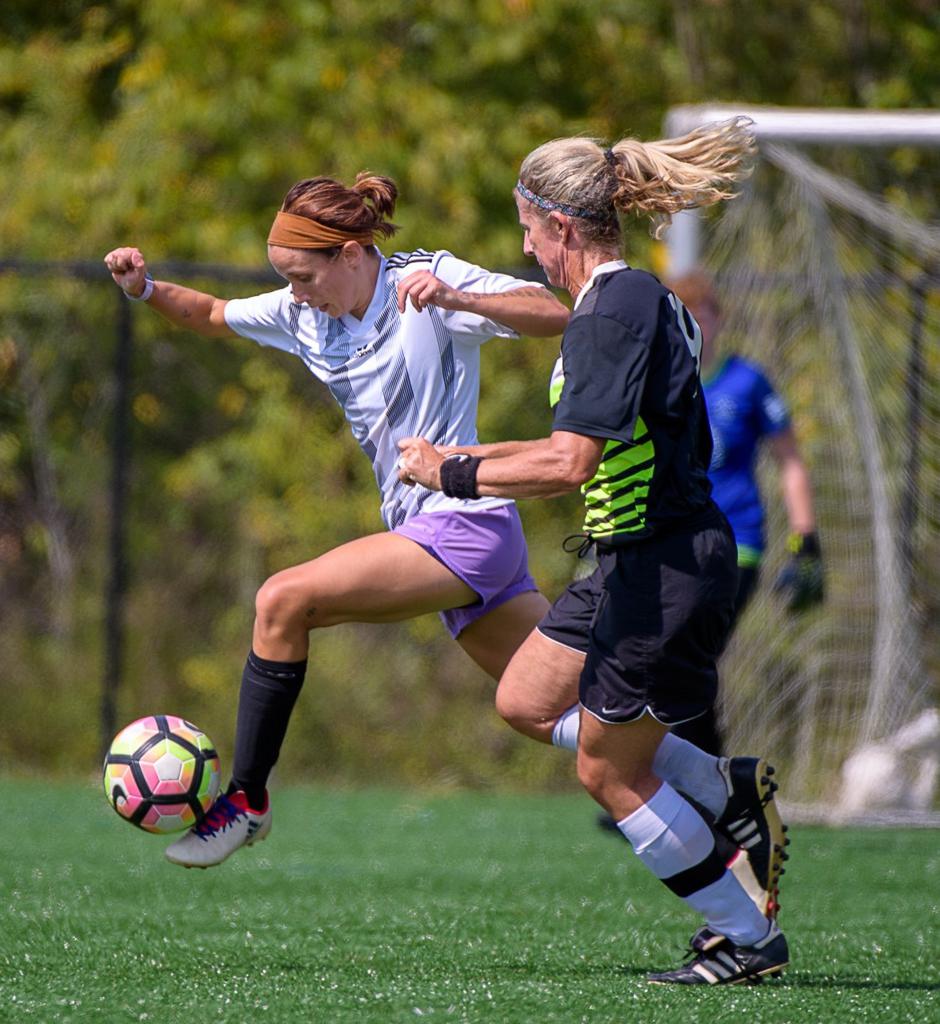 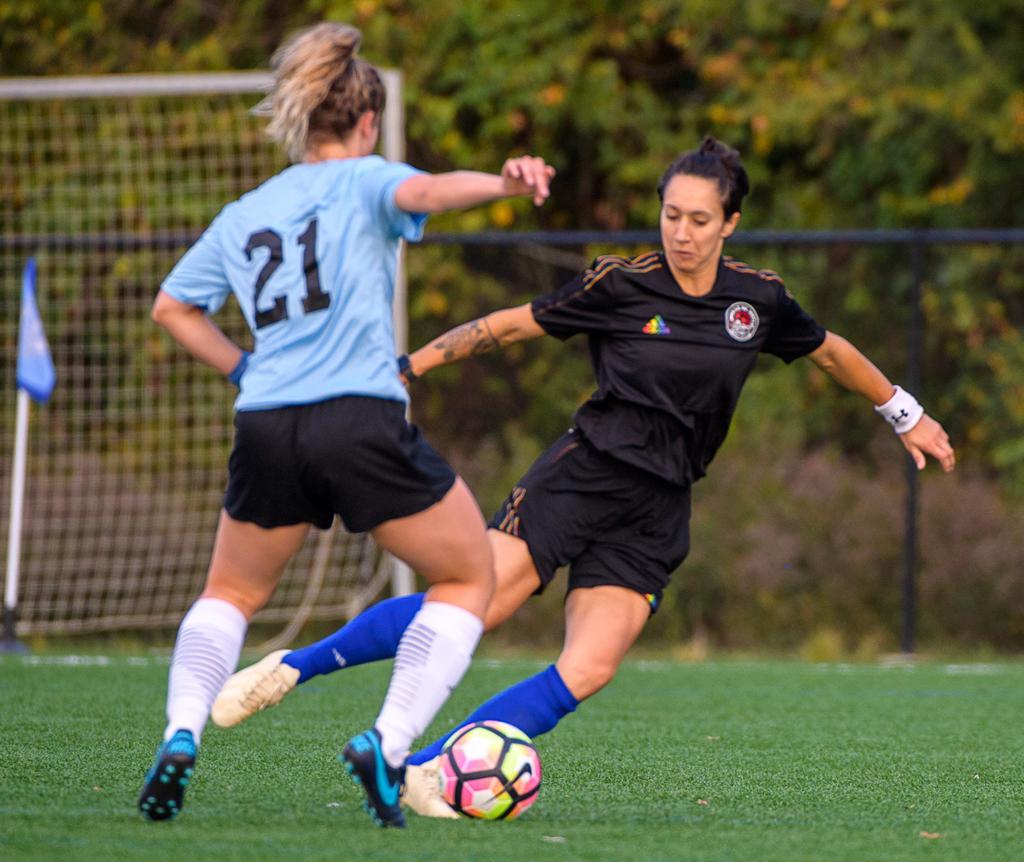