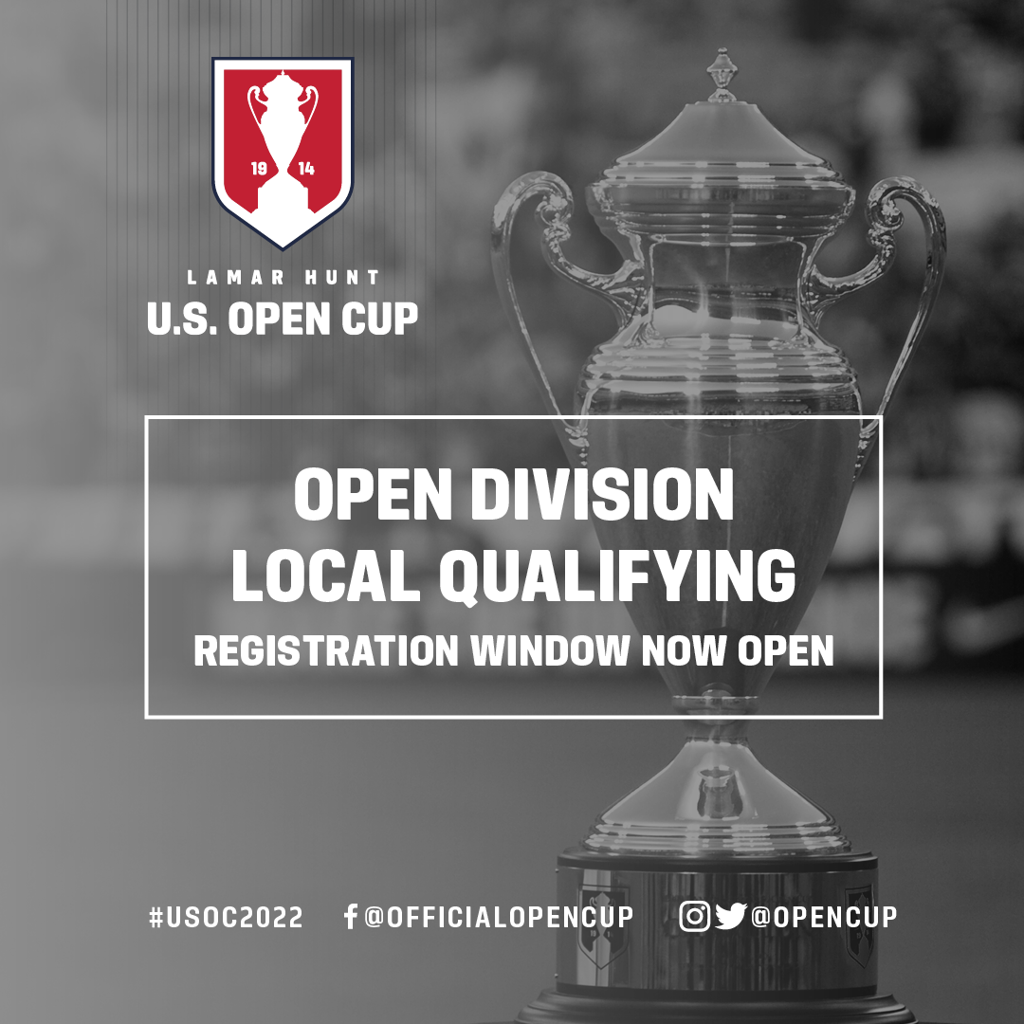 Any Amateur Team Affiliated with U.S. Soccer and Meeting Basic Criteria May Enter;
Deadline to Apply is Monday, Aug. 9 at 2 p.m. CT

The historic annual tournament, preparing to kick off its 107th edition, is the only high-profile competition in American team sports where amateur sides have the opportunity to face professionals in meaningful competition.

Any U.S. Soccer-affiliated team outside of the professional leagues (Division I Major League Soccer, Division II USL Championship and Division III National Independent Soccer Association and USL League One) and outside of any amateur league that chooses the Open Division National Leagues track (which the National Premier Soccer League and USL League Two have done in recent years, using league results from the previous year to determine its qualifiers) may enter the Open Division Local Qualifying track.

To be eligible, a team must meet basic criteria spelled out in U.S. Soccer's Open Cup Policy, including belonging to a club or league of any Organization Member of U.S. Soccer and competing in a league with at least four teams where each plays at least ten league games during the year. Teams may enter by submitting an official application via an online portal at usopencup.com and paying the appropriate entry fee and performance bond.

After certifying a team's eligibility to participate, U.S. Soccer will process rosters for approval, arrange matches, appoint match commissioners and officiating crews, administer discipline, promote the games in advance/their results afterwards and provide a clear path through the qualifying rounds to the final tournament.

Open Division Local Qualifying will be conducted on a single-game, knockout basis, with up to four rounds of matches in fall 2021, all scheduled for designated weekend dates.

All Local Qualifying entrants, regardless of level, Organization Member affiliation or other attributes, will start on equal footing and must be able to host games in every qualifying round.

Matches will be determined geographically to minimize travel time and expense, with random selection used when practicable to determine exact pairings. Home teams will be determined by coin flip and will be responsible for arranging the field of play, game balls, paying the officials and other expenses relating to staging games, while each visiting team will cover its own travel-related costs (except for any portion of U.S. Soccer-subsidized airfare costs, if flights are necessary). U.S. Soccer will appoint the match officials.

A preliminary allocation of 2022 U.S. Open Cup First Round slots to each of the Open Division qualifying pools (i.e.: Local Qualifiers and each National League entered) will be announced shortly after the local qualifying entry deadline. The final allocation will be determined in January 2022 after the Division I, II and III professional team confirmation deadline on Dec. 31, 2021.

Some of the most magical moments in recent Open Cup history have occurred by local qualifiers making headlines:

Below are the criteria for teams to participate in local qualifying for the 2022 Lamar Hunt U.S. Open Cup (see 2022 Open Division Handbook for complete details):