RIVER GROVE, ILLINOIS—Newtown Pride FC of Newtown, Connecticut are the 2019 USASA National Amateur Cup champion after shutting out Horizon FC of Houston, Texas 4:0. It is their first national championship and only second Amateur Cup title for a Connecticut side following the feat of Hartford Italians S.C. in 1967.

The National Finals comprised of the winners of the four USASA Regions with the semifinals played on Friday evening. The first match saw Horizon of Region III edge Region IV winner Meso America FC of Los Angeles 2:1. The Houston side struck early with Omar Ayala giving his side the lead. Zatarain Pineda doubled the lead after making a tidy dart from the left flank in the 36th minute. Paolo Cardozo cut the lead by half for the Southern California champions but it was not enough to advance them to the final.

The second semifinal had host RWB Adria of Region II facing the victor from Region I, Newtown Pride FC. The first half finished nil-nil with both teams testing the other. Tavoy Morgan broke the stalemate in the 55th for the Pride after converting a wonderful cross from his right with a half volley. Quentin Swift provided the insurance goal to send his Connecticut team to the final.

Saturday evening’s contest got off to a quick start as Morgan beat the Horizon back line on a counter in the 8th minute, then rounded the keeper to see his shot go across the goal. Chris Sylla retreated the ball sending a cross to Mauro Dos Santos whose header found the upper right corner of the goal.

Horizon made several attempts to draw it even but could not find the net among their many chances. In the 32nd minute, after a Horizon corner kick, Sylla gets taken down for a penalty after a swift counter. Lucas Gabriel calmly slotted his shot from the penalty spot and Newtown finished the half with a strong lead.

The Region I champion wasted no time in the second half, scoring a third goal In the 49th minute as Sousa sent a long pass to Sylla who earned himself a brace. Horizon continued to push forward to get back into the match but once again was beaten on a counter after another corner as Morgan scored his second goal of the tournament. That goal put the match away in the 70th with Newtown holding a commanding lead.

The victory has set up several big matches for Newtown in 2020. As Amateur Cup champions, they secured a spot in the 2020 US Open Cup. They will also be among the four teams that will compete for the Hank Steinbrecher Cup. And in a new event that starts next year, the Connecticut squad will host UEFA Regions' Cup winner Dolny Śląsk of Poland. 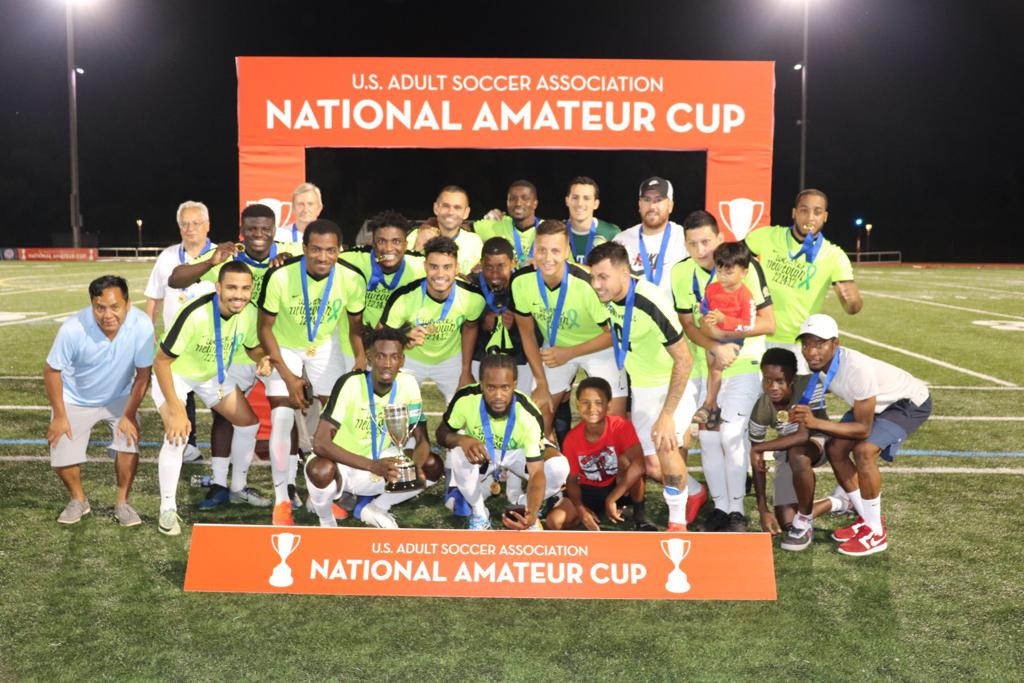